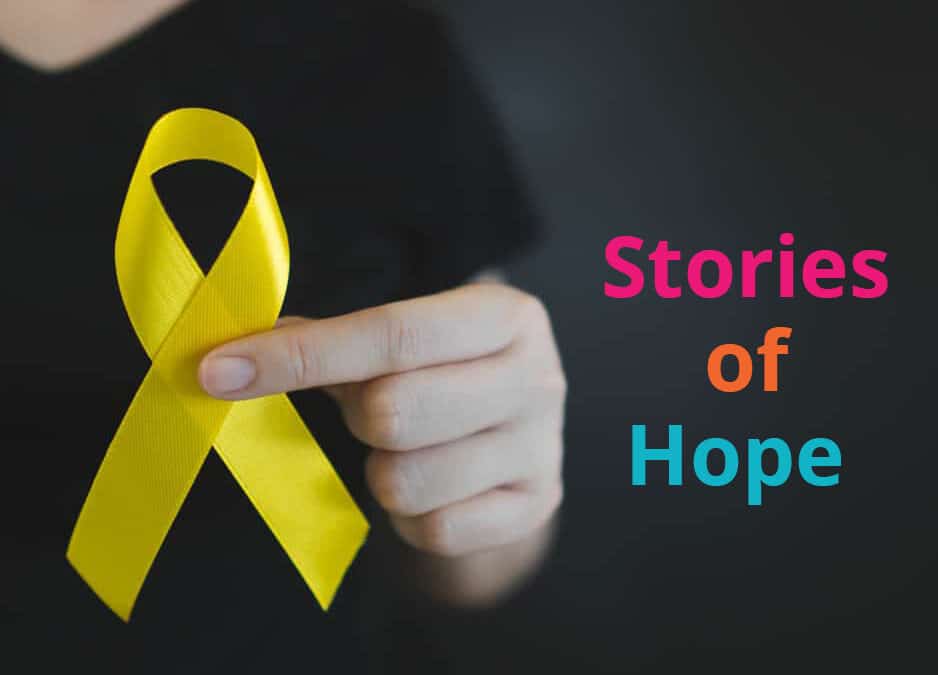 September is Suicide Prevention Month, a time when we highlight mental health and treatment options for those struggling with depression. Suicide remains the 12th leading cause of death in the United States, accounting for nearly 46,000 fatalities and 1.2 million suicide attempts in 2020. The ramifications of these figures are far-reaching. Suicide and depression affect people in every cultural, social, and economic group, including young people, leaving grieving families and friends to search for answers.

Yet for many, suicide remains a taboo topic. Some feel shame about discussing their feelings, while others may fear the negative stigma that suicide still carries in some communities.

Fortunately, there is hope. Each year thousands of those who have struggled with depression and attempted suicide find a path out of the darkness. Here are some of their stories.

Rudy’s story begins with an abusive childhood characterized by depression and anxiety. “I either felt like I was in an insurmountable rut,” he says, “or that I was being overwhelmed by too many stressors at once.” Rudy tried several life changes, including enlisting in the military, in an attempt to find a sense of belonging. He describes basic training as “the most difficult thing I’ve ever experienced.” Dogged by fear of failure, Rudy pushed himself to the limit and completed basic training, but the stress was building. At his first assignment, he felt he could no longer stay silent. While confiding in a friend about his feelings, Rudy experienced a catatonic episode, requiring hospitalization. Soon after, he received a medical discharge and returned to private life. Once home, things darkened quickly. Rudy found it impossible to maintain steady work, his self-image was poor, and he was neglecting nutrition and hygiene. After a sullen Christmas, he felt he could no longer endure the pain. He phoned a friend and expressed his intent to end his life. Fortunately, he didn’t go through with it. But something else had changed. Rudy made a promise to himself to never stay silent about his feelings again. It was a turning point for him, and spurred him to get the care he needed. Today, Rudy hosts a live online talk show called SPSM Chat – Suicide Prevention on Social Media, where he interviews leading voices in the field of suicide prevention, and provides a forum for rising voices whose stories need to be heard. “I’m alive today because there are people around me who I can reach out to when I am suffering,” he says. “Because of that, suicidal thoughts no longer have a grasp on me.”

From the 4th grade, Star knew she had something special, a personal charm and a talent for making people laugh. “I remember my teacher saying, ‘Oh Star, she’s a card,’ and my mother saying, ‘But can she read?’” When Star grew up, she went to college, where she met a man and fell in love. After graduation, they had a big wedding with all the family there. But only months later, while the couple were still newlyweds, Star’s husband died from a massive heart attack. From that moment, Star lost hope. She felt untethered, as if there were nothing she could trust or rely upon. And perhaps worst, she lost the sense of humor that had defined her personality. Finding it again took time, patience, and a little help from Star’s grandmother. Sometimes it’s the little things that can make us aware of life’s beauties and joys. In this case it was a joke Star’s grandmom made, a joke that for a moment allowed Star to see beyond her pain. Rediscovering her humor has been a key to Star’s recovery, and she continues to use her gift to raise awareness about suicide prevention. “I have something to offer this world,” she says, and you can be sure it’s true.

Kisha is celebrating three years in dance. But learning to dance closely with a partner took some adaptation. An abusive childhood where violence in the home was commonplace left Kisha feeling hesitant about surrendering her personal space. “I’m not great about personal touch,” she says, “it was jarring at first,” but she worked to redirect her energies and gradually became more comfortable. “The thing that really drives me is that moment of peace before the music starts,” she says, “…that moment when there’s no turning back.” She credits dance with helping her conquer personal barriers. Kisha says it’s essential that we’re “able to recognize that there’s more out of every situation and we have the choice and the opportunity to pick which part of that situation we’re going to focus on.” And she has the moves to prove it.

For a writer, words are vital tools. And as a poet, Halima often wondered, if she were to see someone about to jump from a ledge, what could she do? “What would I say to make them take a step back?” she thought. But when she tried to answer, she came up short. She thought about the things people usually say, but they seemed hollow or cliche. For Halima it was a poem, Robert Frost’s Stopping By Woods on a Snowy Evening, that broke the deadlock. The line about having promises to keep, in particular, struck her. “You don’t have to be a doctor or psychologist to say the right words to someone,” she says. “It can literally be one word, one sentence, and it just clicks.”

National Suicide & Crisis Lifeline is a nationwide network of local crisis centers ready to provide free and confidential support for those in need. The Lifeline is staffed 24 hours a day, 7 days a week, ensuring that callers always receive personalized care. The service is committed to empowering individuals, advancing best practices, and increasing awareness.

If you or a family member are struggling with depression, suicidal thoughts, or are grappling with the emotional issues surrounding a suicide attempt, call 988 from any phone. Someone will be there to help.

At Key Assets Kentucky, we’re committed to providing each client with confidential and compassionate care. Our staff can help get you connected with the help you need. Are you struggling with depression? Don’t suffer in silence. Contact us today!